Mark Zuckerberg in his video presentation (36′:38″) of Meta says that in the next decade metaverses will reach a billion people, lead to hundreds of billions of dollars in digital commerce and represent the work of millions of creators and developers.

Along with the renaming of Facebook’s owner as Meta, metaverses are undoubtedly a topic that is and will be much talked about and could bring a real revolution to what we know today as retail.

Although it seems that there is still some time to go, the project has already generated many opinions, both favorable and contrary, as it could not be otherwise at a time of great pressure and criticism of the big tech companies like Apple, Amazon, Google and Meta, as the owner of Facebook is now known.

What do metaverses offer to retail?

If there is one thing eCommerce has traditionally been criticized for, it is the lack of a physical experience, something on which it certainly cannot compete with stores. One of the fundamental characteristics of metaverses, however, is the feeling of presence.

By entering a metaverse we will be able to interact with other people (their avatars) and objects in an experience that will further shorten the boundaries between the physical and digital worlds.

Another feature is continuity. Metaverses promise the possibility of being able to purchase digital items that can be used between different metaverses, offering more freedom and convenience.

Another fundamental element of the metaverse concept is co-creation between designers, developers and even businesses that could create and share their “digital worlds” to sell physical or digital goods, with the possibility of advertising to attract the right buyers.

It seems an appealing model but one that will undoubtedly bring security and confidentiality aspects back into the focus of discussion.

The presentation video (39:53) gives us the example of a digital space for Jacky Aina, a beauty influencer who created her own lifestyle brand on Instagram, forvrmood.

Is it worth getting involved in the Metaverse from the beginning, or is it just a fad and will the virtual and physical omnichannel world that is proposed really arrive?

It’s not just that Meta is considering entering retail by opening its own stores so that users can try out augmented reality devices and see what they can find in the Metaverse.

Indeed, there are already companies that are testing or entering this new universe.

The alliance between Meta and Carrefour has been made official and will be effective in all markets where the group operates (France, Italy, Spain, Romania, Poland, Belgium, Taiwan, Argentina and Brazil).

With it, the French group seeks to boost the creation of personalized experiences both internally in terms of employee management and internal communication, as well as externally by improving the customer experience.

Another brand that is making eyes at this new world is Nike. The sporting goods brand is preparing to offer its sneakers and sportswear in the virtual world and, to achieve this, has already begun to strengthen its augmented reality teams.

Who will enter the metaverse?

Actually, we have already taken the first steps towards this new digital life with exclusive concerts streamed on Fortnite or through social networks such as Tik Tok.

But we have to keep in mind that the metaverse project is not something that is going to arrive from today to tomorrow. It still has a few years to go before it is fully operational and a lot depends on how successful it can attract the real protagonists of the metaverse, Generation Alpha.

Those born since 2010 have lived in a reality where the digital and the physical are intertwined and work together.

No generation will have as much impact on our society as Generation Alpha, the generation born between 2010 and 2025.”

Is the metaverse the next retail revolution? We’ll have to stay tuned. Leave a comment below and tell us what you think! 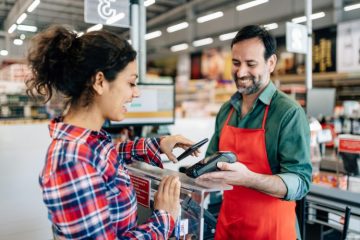