The business of selling second-hand products is growing at 11 times the rate of traditional retail, making it a new opportunity and a new challenge for retailers. According to a study by Boston Consulting Group, the global second-hand market is expected to grow at a compound annual growth rate (CAGR) of 15% to 20% over the next five years.

The figures for retailers specializing in second-hand sales speak for themselves. The startup thredUP has achieved a year-on-year increase in sales of 35% registering 1.3 million orders so far this year and, in Spain, Wallapop, Vinted and Milanuncios moved €115 million in 2020, representing growth of 44% compared to 2019.

Sales of second-hand furniture are expected to reach €24 billion by 2025, while the sale of refurbished cell phones will reach €36 billion and, in fashion, sales are expected to double in the next five years.

But what is the reason for this growth in second-hand sales, and who is leading the way?

Until now, we have always associated the purchase and sale of second-hand products with savings. But the new generations are turning the concept on its head by focusing on the desire to promote more sustainable consumption.

In 2019, one in three Generation Z people (those born between 1994 and 2010) bought second-hand and 81% are very aware of the environmental impact of traditional consumption relying on buying second-hand and the Zero Waste movement a way to reduce it.

Etsy has already set its sights on this generation. The U.S. company, which turned over $1.725 billion in 2020, recently bought second-hand clothing app Depop for $1.6 billion to expand its audience.

Until now, Etsy’s users were mainly millennials with an average age of almost 40 years old and, with this strategic purchase, the company will have access to 27 million users, 90% of whom are under 26 years old.

Retailers betting on the second-hand market

The sale of second-hand products has gone a step further and is no longer exclusive to retailers specializing in this type of products; more and more are daring to incorporate second-hand lines into their regular lines.

H&M has launched its Sellpy second-hand clothing sales platform internationally. The success of this project, which was launched seven years ago and has sold nine million garments in the 20 countries in which it operates, lies in the total management of the operation, from the collection of the second-hand item to its sale and shipment to the end buyer.

To rise to this challenge, it is important to have a good platform to coordinate all channels and inventory levels to deliver valuable experiences to Generation Z users who have grown up in the online era and tend to be more demanding than more mature users who are not as “digital”.

Kiabi launched a pilot test with spaces dedicated to the sale of second-hand products in six of its French stores and, following its success, will open 25 new spaces among its stores in Spain, Italy, France and Belgium.

The alliance between Carrefour and Cash Converters clearly shows the potential of the circular economy, and marks a new path for retail that is not without controversy. Chanel has filed three lawsuits against companies specializing in the sale of second-hand clothing that have its products in their offer. How can the brand be sure that its products are being offered according to its quality criteria? What guarantees do users have of the authenticity of the products? Controversy is rife.

What is clear is that this is a road of no return, and circular economy initiatives are and will be increasingly present in retailers’ strategies.

¿What Do You Think?

¿Do you already offer or plan to offer the possibility of selling second-hand products? Or another model, such as rental?  Write your comment in the box below.
Tags:circular fashionfashionGen Zretail innovationretail strategysecond-hand clothingspain 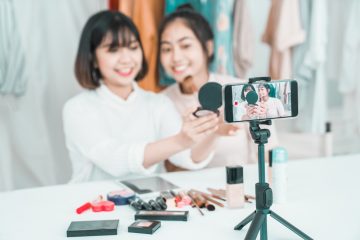 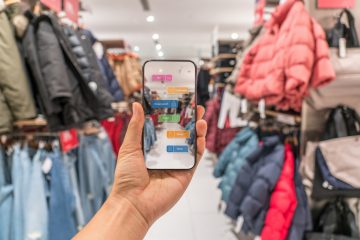