What Retailers Can Learn from Black Friday

Now that the crowds have gone and the  dust has settled on the end-of-year holiday sales season — of such critical importance to retailers — what  lessons can we learn?

Black Friday is no longer just one day, but rather five days spanning Thanksgiving Day to Cyber Monday, and thanks to the cross-border nature of ecommerce, Black Friday is now more global than ever. However, out of the five days, Black Friday remains the most popular day to shop both online and in stores, taking in three quarters of sales. Moreover, it provides valuable metrics retailers can use to adapt and drive sales for the remaining holiday season.

The holiday shopping season, which runs through Christmas Day on December 25, can account for as much as 40 percent of retailers’ annual sales, and total sales over the recent holiday season were predicted to increase by 3.6 percent to $655.8bn. Retailers who stay ahead of consumer trends stand to benefit significantly.

Pre-Shoppers Get the Best Deals

The good news from the recent holiday sales campaign is that more people are shopping overall. In fact, the total number of Black Friday weekend shoppers grew 2 percent to 154m, including both online and in-store sales.  While the amount they spend on average has dropped slightly, shoppers have also taken advantage of promotions more than ever before. Over one third of shoppers said 100 percent of their purchases were on sale, and orders using a promotion increased 34 percent. Savvy shoppers have also taken advantage of online transparency to “pre-shop” or compare product features and prices to get the best value.

Promotions that resulted in discounts increased 42 percent this year, and orders using a markdown or price cut increased 23 percent.The growing importance of  online promotions suggests that retailers should make sure their technologies can support customer data collection to generate more customer-targeted promotions that drive sales both in stores and online.

While online promotions have done wonders for increasing revenues, the excessive reliance on markdowns has still cut into profit margins by 19 percent throughout the year. To reduce their losses in 2017, retailers must take advantage of software tools to help them make more accurate demand forecasts, manage their inventory more intelligently, and optimize pricing.

While online stores in the US are making  big inroads into revenue traditionally taken by  brick-and-mortar stores, , this relatively new sale phenomenon has actually increased foot traffic in Europe and emerging markets alike. This indicates significant market potential for retailers who are prepared to expand into emerging markets.

According to a recent Capital One survey, one in four consumers hasa digital wallet, and two thirds of those obtained it in the last year. Apple Pay has become available in several major markets such as India this year, and many consumers  find mobile payment methods more convenient than cards, particularly as the line between in-store and online shopping continues to blur. It is clear, then, that retailers must use POS technologies that can handle different modes of mobile payments.

2016 was the first year in which buyers online exceeded those in stores.

According to NRF, the number of online shoppers in 2016 jumped to 108m who purchased electronically compared to 99.1m bought in stores.  Around 44 percent of consumers did their shopping online, compared with 40 percent at brick-and-mortar stores.

Online sales on Thanksgiving Day and Black Friday jumped to $5.27bn , up 18 percent from a year earlier (and a quarter of a billion dollars higher than was estimated!), according to the Adobe Digital Index. An additional $3.45bn was spent online on Cyber Monday, a 12.1 percent jump year-over-year.

Physical stores remain an important part of the consumer shopping experience, and play a crucial role inspiring shopping needs. Consumers have shown they may be less willing to fight impossible crowds in stores, but they are willing to use all channels, including stores, to research and purchase goods at a good value and with less hassle.

Retailers need to recognize these new shopping behaviors and the changed role for the physical store. Stores that can successfully adapt to these changes will be better placed to take a larger share of consumer spending on key holiday dates such as Black Friday and  during the rest of the year.

Openbravo’s Commerce Suite offers flexible retail ERP and store solutions with many integrated features including demand forecasting, inventory planning, and mobile POS. If you would like more information, please contact one of our Partners in your country. 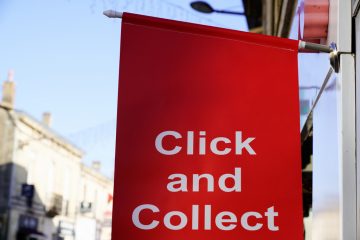 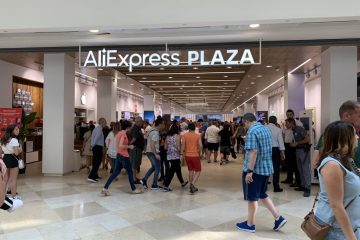 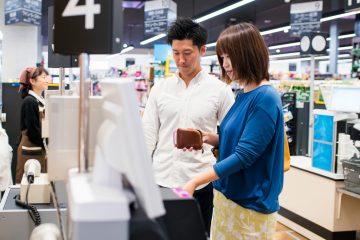 What Retailers Can Learn from Black Friday