Why have some retailers performed better than others in rebounding after the collapse in sales experienced during the lockdown at the beginning of their year?

Take, for example, Next, the UK-based fashion retailer, whose doom-laden forecasts made during the pandemic have not played out as badly as feared.

According to its latest financial report, full-price sales fell 33% in the six months to July but that’s a huge improvement on the collapse of 50% or more originally predicted. Indeed, in the past seven weeks, sales are actually ahead 4% compared to the year-earlier same period, and full-price sales for the rest of the year are expected to be down just 12%.

Next was prescient enough to move to embrace new channels much earlier than its competitors, so online sales already  accounted for more than half of its turnover before the pandemic.

According to the company:

“Interestingly, sales online have been significantly stronger since our stores reopened than they were before the pandemic struck. It appears that some lockdown habits have stuck, and we have been able to take advantage of this shift to online.”

Despite the huge boost to online sales that most retailers have received during the pandemic,  Next remains firmly committed to brick-and-mortar retail.   It had 498 stores at the beginning of 2020 and plans a net reduction of  just one store  by  January 2021. Interestingly, it will actually increase its net retail space by 1.3% because although it is closing 13 of its mainline stores, it is opening new stores under other formats, such as a new branded beauty business.

Having a slick and efficient eCommerce operation,  integrated with the rest of the business to offer a consistent experience and omnichannel capabilities such as BOPIS, and with the ability to rapidly scale to handle  a surge in online sales: these are the factors that help explain why some retailers have weathered the recent storm better than others.

For example, JD Sports Fashion, the UK-based sports fashion retailer, managed to retain 90% of its sales during the first half of 2020, even though many stores were closed. In its latest financial results, it attributes this resilience to strong customer loyalty and its well-developed omnichannel model:

“Agile omnichannel capabilities developed over a number of years ensured that consumers across all markets enjoyed a consistent experience when switching from offline to online channels.”

But its operating profit more than halved as more consumers switched from physical stores to online and JD Sports had to spend more on fulfilling online orders and performance marketing to attract customers to visit its website.

As other physical retailers have discovered,  if not managed correctly, the additional costs created by a fast-growing eCommerce  operation can rise rapidly and eat into profit margins, whereas the costs associated with a physical store are much less dependent of sales volumes.

Perhaps for this reason, many physical retailers  are looking to strike the optimum balance between online and physical stores, and very few are prepared to move to an exclusively online model. Thomas Cook, a UK travel chain that once had 555 stores,  recently emerged from bankruptcy as an online-only travel agent, but for retailers selling physical goods,  brick-and-mortar stores continue to offer unique advantages over virtual channels.

The most extreme example of a retailer  favoring the brick-and-mortar model is Primark, one of the largest fashion retailers in Europe. Amazingly, Primark still has no eCommerce operation, yet it too has  reported a strong resumption of trading after lockdown, with basket sizes higher on average than a year ago.

Even more remarkably, at a time when many fashion retailers are downsizing the store portfolio,  Primark has 384 stores in the UK and continental Europe and it plans to add 14 new stores in the next financial year. 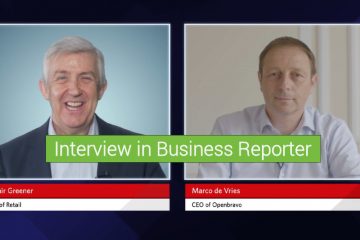 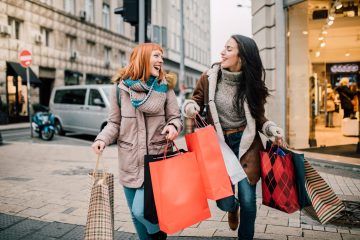